Bocheletsane Half Marathon is a 5km race contested by both Males and Females under 18 and a 21.1km race contested by adults. The marathon did not just benefit the Mantsonyane community as we saw registrations from the 10 districts of Lesotho. Lesotho has talented athletes and it is our duty to support them and showcase their talents at every opportunity available.

The joy of seeing Basotho of all ages running around the streets of Maseru and Thaba Tseka, shouting ‘We are ready MGC!’ is more than fulfilling. The MGC sports extravaganza is part of the Social Corporate Initiative of the Mantsonyane Project and is worth more than M200,000.00. 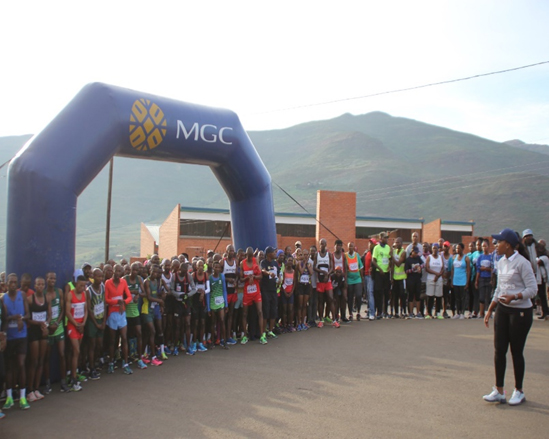 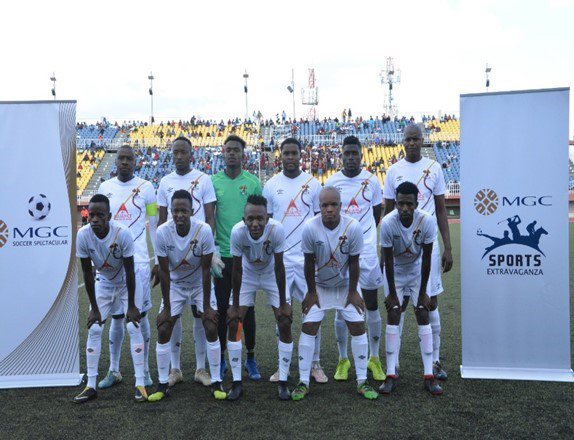 For many years MGC has made sizable contributions to sporting events and associations in Lesotho. Our contributions have been due to the love and passion our founder and Group Chairman has towards the different games. Sports has an amazing and unique way of making a positive impact to the society. We’ve had sponsorships requests from different arenas coming in and out of our office and this enlightened us into investing more to sports in the pursuit to answer to most of the needs usually addressed in these requests.

This was then the birth of our momentous Sports Arena in Mantsonyane. Through this sports facility to we aim to unite the nation through sporting games while drawing the urbanites to the rural areas. The Lesotho Football Association among other duties has the responsibility of providing training for coaching, refereeing, administration and sports medicine but due to sports financial challenges in our country, we saw a need for MGC to take part in assisting in order for the countries sports set objectives to be meet and enhance the player’s talents so that they can get to the level that they dreamt of.

We have unveiled to host annually the sports extravaganza in Mantsonyane which includes soccer tournaments and a half-marathon race, in 2020, we are introducing cycling, netball and biking. MGC do not just only offer price money for winning teams in the extravaganza soccer tournaments, but also invite premier league scouters to give Lesotho players a chance to shine with a hope of impressing the scoters for better opportunities in a soccer world.

One of the teams that we pride ourselves to have sponsored is Likopo FC. We gave them a two-year sponsorship worth of 2 Million Maloti. During that time, all expenses that the team incurred were covered by MGC, starting with the team jersey, transports costs and allowances the whole team and administrative staff. Since we are a company that works on the principles that says there is no exercise better for the heart than reaching down and lifting people up, we then after two years of sponsoring Likhopo FC gave other teams a chance. We currently assisting other local teams, especially those in the rural areas.

The Kings Cup Golf Tournament is an annual occurrence that was launched in 2011 under the Royal Education Development Fund by the Matekane Group of Companies (MGC) in partnership with the Lesotho Steel Products. It is usually played at our very own city of Maseru at the Maseru Golf club. It is an open tournament played by corporates and individuals in a four-ball sequence. The tournament started as a way to carry forward a vision of Their Majesties of caring for vulnerable children as we have many less privileged children in our country, MGC answered to the call.

The objective of this prestigious annual tournament is to raise funds for His Majesty King Letsie III Royal Education Development Trust. We saw the Royal desire to do more and understood that if corporates can work together, it could help in realization of this vision. This cup boasts of a history of generosity, love and compassion.

With contributions from MGC and LSP, other cooperates and individuals, the kings cup tournament has managed to achieve its purpose. We believe that though our hard work and commitment to this tournament, more life’s will continue to be improved. Our ultimate goal with this tournament is to see participation and involvement of all the cooperates in Lesotho because the more the funds raised, the more lives are changed. 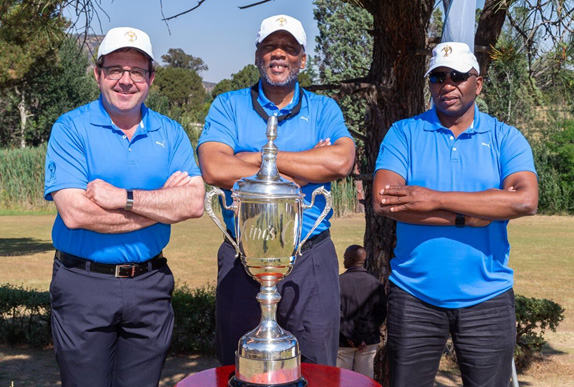 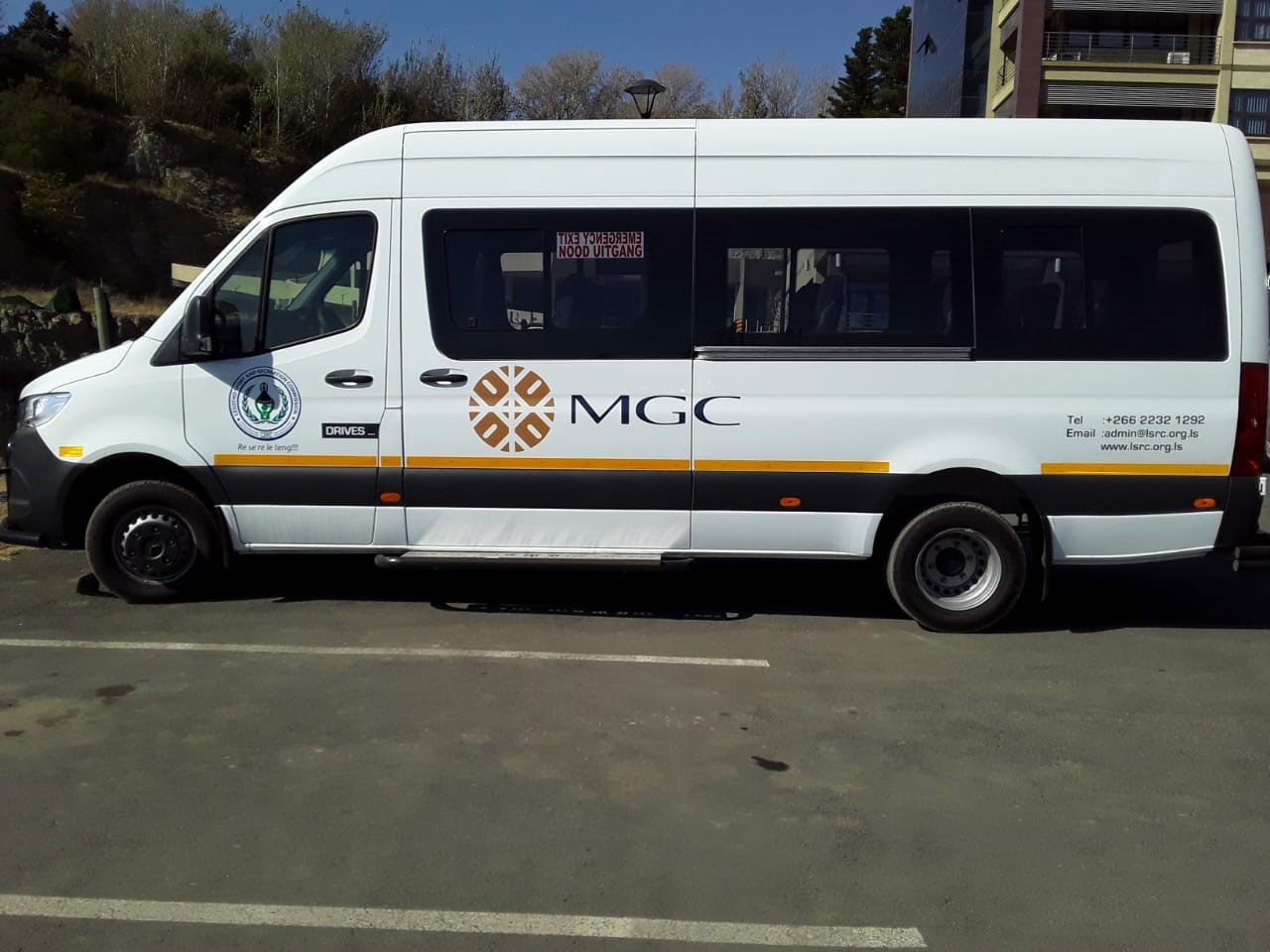 MGC purchased and donated a minibus to the Lesotho Sports and Recreation Commission (LSRC). LSRC is a sports commission that inspires and facilitates the development and growth of sports recreation on a high level. It develops attractive and quality sports and recreation through sound and dynamic leadership. This helps ensure sustainable resources and accessible facilities that meet international standards to embark on programmes and initiatives and ensures effective and efficient coordination of all sporting activities.

The minibus donation to LSRC came in the wake of the tragic death of five female rugby players who were involved in a car accident in Free State. The team was travelling with a Van when the accident occurred and maybe this could have been avoided if ever they had a team vehicle. We saw a need and helped with a minibus to avoid such incidents in future.

The donation was in the form of a brand new 22-seater Mercedes Benz Sprinter for all our national federations and other commission sporting activities that may require transport.