To be the ultimate all-aviation-services provider in the Kingdom of Lesotho.

To pioneer unrivalled home grown solutions, build outstanding teams to offer world class services and be a corporate and social citizen of note.

Your Journey, Our Passion 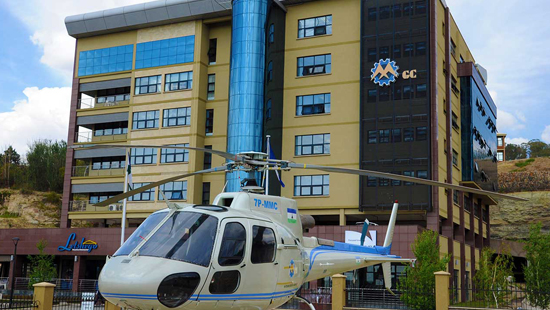 Chartering your own aircraft means flexibility. MGC Aviation aims to offer safe, convenient and reliable aircraft charters that are customised to our client needs and preferences with our innovative first class customer services. We understand the value of time, hence we prioritise on providing most reliable aircraft charters within the industry. Continuously ensuring your safety at all levels with our proven expertise and professionalism. Safety Management Systems and Quality Assurance Systems are always a priority at MGC Aviation.

Our beautiful terrain in the Mountain Kingdom advices on the type of solutions with regards to transportation and the first thing that comes to mind is helicopter service that assists the investor, the contractor, the farmer; to reach their location on time and with ease. Certified by the Lesotho Department of Civil Aviation (LDCA) to provide charters to individuals, families and businesses, we are well positioned to provide the best service due to.
Lesotho is a beautiful destination for tourism and we need to position it as such. The potential to attract investment through tourism will attract a more active economy and in turn create more work for local companies. And MGC Aviation through its charter services aims to provide this service and an ultimate preferred airline service.

MGC aviation began under the brand name “MGC Airlines” which was founded in 2009. The founder, entrepreneur Mr Sam Matekane, was inspired to start the airline after King Letsie III was stranded in Paris because of a strike by Air France pilots in November 2008. MGC Aviation was officially launched on 23 February 2010 with King Letsie III and the former Prime Minister Pakalitha Mosisili in attendance. The airline began charter operations using a Hawker 700A and a Euro copter EC135. In April 2012, the airline received its first Bombardier CRJ200, followed by a second in 2013. The aircrafts were initially used on charter flights and by other African airlines. In June 2015, MGC Airlines rebranded as Maluti Sky.

On 29 March 2016, the airline launched scheduled operations with flights to Johannesburg from Maseru using the Bombardier CRJ200. However, April 2017 that Maluti Sky halted operations; the airline industry needs a conducive commercial strategy and support from stakeholders and the government. Maluti Sky was not ready to operate a fully-fledged airline service and had to make the most economical decision to seize operations until further notice.

The ease of doing business in the mountainous Lesotho is almost impossible without helicopters. With no reported safety risks since inception, we pride ourselves in excellence. We lease and charter our helicopters for local and international business trips, explorations to remote areas within and outside the country, photography and videography in events, tourist flights, medical responses and many more. Our helicopter charter services are available to everyone at any time. We operate in difficult to reach and remote environments by assisting our clients in attaining their goals such as the most exciting mining explorations.

For the best videography and filming needs, MGC Aviation will always deliver the best service. All our clients have been loyal for a number of years and continue to refer our services to others, locally and internationally. For the best photography, from all angles and views, aerial photography will always come out best! The best footage you can have for documentaries, TV, digital media and all you may envision, we will provide.

MGC Aviation helicopters services have helped promote the tourism industry over the past few years. We also offer short tours in and around a city, and to some major tourist destinations, offering a remarkable view from top of the sky upon the client’s request. 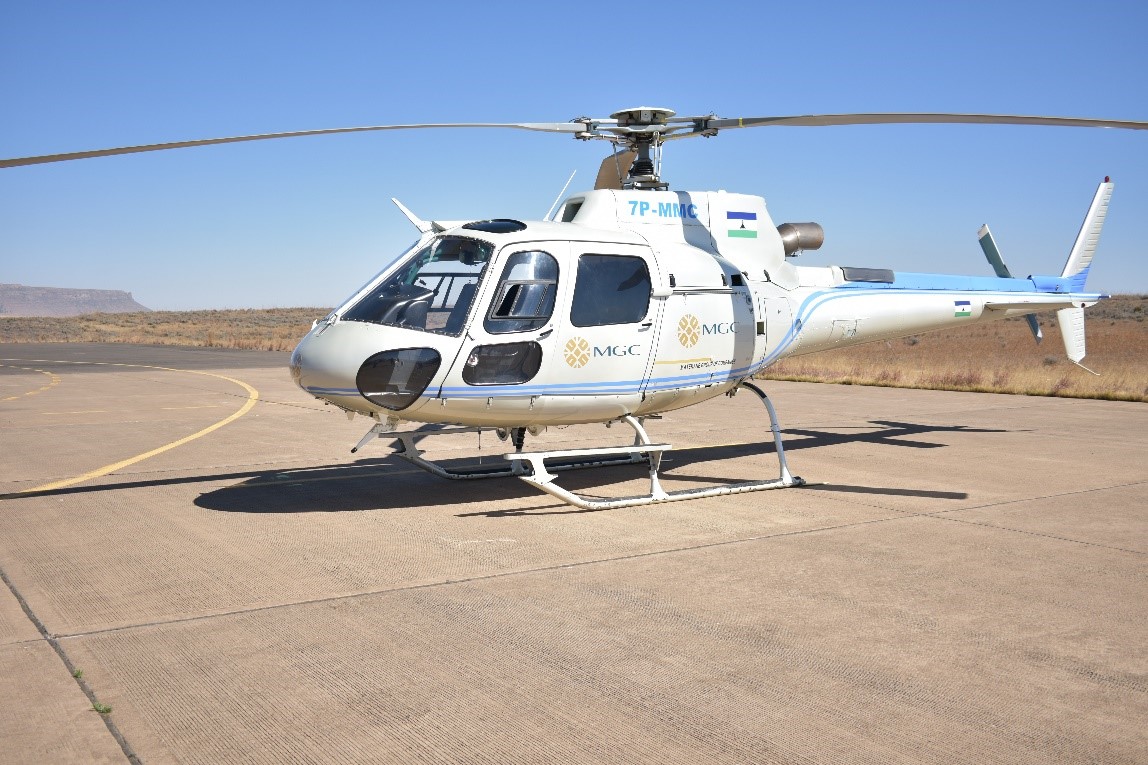 For the best private vacations with family and friends, MGC Aviation Private Charters that will provide a full service that includes a smooth transition at the airports with private ground handling teams. Travel like a king and do not even think of airport ques because everything about our service is exclusive. Consider yourself high profile because even. We aim to please and will ensure your comfort by being flexible to your time.

Are you going to Cape Town for breakfast and then headed to a lunch meeting in Johannesburg before you come back to Maseru for a dinner date, give us a call and we will make it happen. We understand that your time and comfort are precious. Our Private jet charter gives you the opportunity to travel at times that suit you, to and from the most convenient airports, in control of every element of your journey. Our exclusive private charters are quoted independently and are subject to aircraft availability over specific dates at time of inquiry.

The design of this aircraft is based on the design of the Challenger 604 business jet. It’s made for regional flights and it is loaded with powerful engines, giving the plane a great range of 3050 km. Transonic wings that are fitted with winglets ensure that the aircraft is efficient and incredibly high speed.  The flight deck on the CRJ200 is impressive. It is fitted with a Rockwell Collins Pro Line 4 flight and information system. It also features a crew alerting system and an engine indication. With instrument displays that show flight displays, as well as multifunction displays, pilots can easily keep an eye on the aircraft.

The dual automatic flight control system makes flying this aircraft easier than ever and also ensures that pilots can enjoy better fuel mileage and lower costs of flying. With a dual VHF nav and comm radio, pilots can easily connect with others in an emergency. The electric de-icing systems keep the cockpit side windows and windscreen free from ice in bad weather.  MGC Aviation own two of these aircrafts and we provide charters for groups and also lease out to large airline companies. We have experience in operating an airline therefore can guarantee the best service for all your flying needs. Safety is always our priority and to date, MGC Aviation has no finding recorded and this we are extremely proud of. Our team works tirelessly around the clock to ensure that we are compliant in every way possible. For the best experience, call us and book your next trip!